When you're thinking (and rethinking) about your major 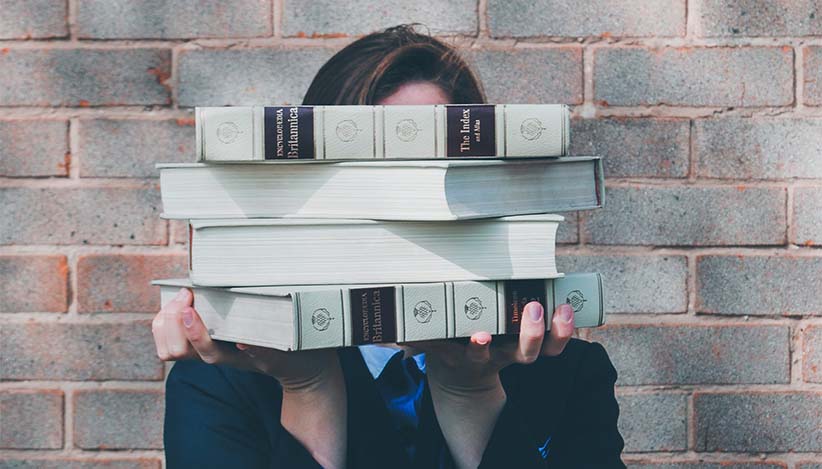 Have you heard any of this advice yet?

“It doesn’t matter what you pick.”

“Only pick something if you’re truly passionate about it.”

“Go where the money is.”

“The job you’ll have 20 years from now doesn’t exist yet.”

What? Here’s the thing: all of these statements are valid to some extent, but they’re also conflicting, vague and probably aren’t going to help you feel better about actually picking a major. Deciding on a major can feel final and life-changing, trivial and meaningless, or all of the above. We get that. The reason you hear so much conflicting advice about college is that there really are multiple paths to success.

The key is to find your path, which is tricky because it won’t look exactly like anyone else's (making it difficult to get advice), and might not look how you expect (making it emotionally challenging).

Whether you are picking a major for the first time or you’re planning a change, this post is for you. Let’s decode the advice listed above, and find an alternate perspective.

“It doesn’t matter what you pick.”

The idea that it doesn’t matter what major you pick is popular, partly because of how many people find success in a career that doesn’t seem obvious based on their major. In fact, it’s estimated that only 27 percent of those who hold a bachelor’s degree are working in a career that is closely related to their major. It’s great news that many skills learned in college transfer across different fields, but you’re probably not thinking about future career changes at this point in your life. Just keep in mind that this scenario is an incomplete story. What’s left out is that these people often have support in their career changes, and by the time they make the change, they feel ready to do it. Yes, many of your skills will transfer if your life takes you in the direction of a career shift, but it would be a huge oversimplification to say that your major doesn’t matter. Which brings us to our next piece of advice: Where does passion play into all of this?

“Only pick something if you’re truly passionate about it.”

Others recommend that you follow your passion. It makes sense — you’re going to spend a lot of time doing whatever you pick (well, in theory). When you realize that about seven in 10 students change their majors at least once at ASU and that many people successfully change fields at some point after graduating, you’ll find that passion is a changing thing. There is a common myth that everyone has a single passion and that once they find it, everything will click together. This can happen, but it is the exception rather than the rule. Your passions and interests can change as you experience new things and grow as a person. This is a good thing. It means that you have options in life. Passion is important for choosing a major, but know that it’s okay for this feeling to change and morph over time.

“Go where the money is.”

There are a lot of arguments against basing your major decision on earning potential. Many of them involve stories where someone leads a miserable life because they decided on a career for money over their passion. Let’s be clear: there’s absolutely nothing wrong with considering the financial viability of a career choice. Here’s our caveat — it’s one thing to investigate this for yourself, and another thing to make a decision based on assumptions or commonly held beliefs about what types of jobs are lucrative. The world is always changing, and this creates new opportunities, so be careful with this advice. If you’re concerned about making a good fiscal decision, definitely look into earning potential for careers associated with the majors you’re considering.

“The job you’ll have 20 years from now doesn’t exist yet.”

This idea has been circulating for a while now. People love pointing out that at the rate of change and technological advancement in the world, there are new jobs being invented all the time. This is true, but it’s easy to see how it can be intimidating. How can you prepare for a job that doesn’t exist? Keep in mind that some fields change very quickly while others change more slowly. When it comes to the ones that change quickly — guess what? The curriculum in the degrees commonly associated with those careers change pretty quickly too. But one constant across any industry, whether it is changing fast or slow, is that jobs are best filled by people who have stellar soft skills and who are capable of learning. You can develop those two things in any major.

What do we actually recommend?

Based on the advice that you’re likely to have recieved, it might feel strange to commit to a path while also keeping an open mind about how things could change along the way. So instead of living in an in-between (should I be all-in on this or should I try to explore everything?), think of it as making a commitment to yourself and your own learning. This means you take the fullest advantage of what you’re learning. Taking advantage of your learning involves believing that you deserve your education, keeping your sights on your future, taking action to influence your progress and asking lots of questions along the way.

Once you’re committed, then find something you are curious about and look for ways to explore your curiosity early to see if it leads to a path you want to pursue. Curiosity is more important than your perceived ability, because your learning potential is up to the task if you are driven by genuine curiosity and persistence.

You can gain experience that relates to your curiosity at any point before or during your studies. See if you can talk to someone who does what you are interested in — you can ask them about the experiences that prepared them to be good at their job, what their days are like and how their field is changing. Also, talk to your professors and advisors about career paths and try to participate in some form of applied learning (like an internship, assisting with research or a sponsored project). With multiple views, experiences and conversations you will end up with a more accurate view of the opportunities ahead of you.

The point is to give yourself the mission of finding out if it’s right for you. You don’t need permission to do this, and you can do a lot before starting your major or making a switch. You do need curiosity and the courage to reach out to people you don’t know to ask them for their time and help. This might be intimidating, but it’s worth overcoming the discomfort.

If you’re considering a change in major, resist making big changes until you have done your best to understand what the best path is for you and your unique situation (interests, finances, time, etc.) You might end up making a change. That’s okay, because whether you never change your major or do it several times, you’ll have people available to help you along the way. Academic advisors, career services, professors, mentors, friends, family.