​​I changed my major, and here’s why 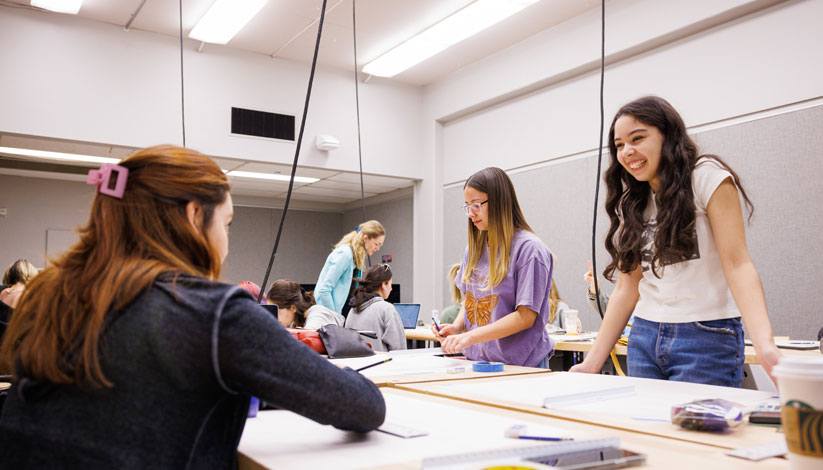 Changing majors can be extremely scary and seem really daunting, especially when you feel like you have to uphold certain expectations and standards. I definitely know how that feels, because when I first started here at ASU, I was a Biomedical Engineering (BME) student. I made it through my first semester – and even two days into my next semester before I switched majors. It was scary at first, but it ended up being the best choice for me, and I am much happier where I am now versus where I was then.

There are many reasons why I ended up changing, but ultimately, it was because I could not see myself working as a biomedical engineer. I lost interest in the material I was studying and I wasn’t able to fully engage in classes and enjoy college life. As a result, my mental health began to decline and I was very unhappy. Luckily, I began to develop interests in other topics which helped when I decided it was time to switch majors.

The actual process of changing my major was very easy. The Changing Your Major website was a helpful guide to several resources like the me3 quiz, major search tool, career search, and the option to take an exploratory course. If you are sure you want to change your major, then click the “Change Your Major” link, fill out the form, and you’re done – you’ve officially changed your major. You will get an email saying that it is being processed, then a confirmation email later on.

After I filled out that form, I decided to become an exploratory student (undeclared major). I took UNI 150, which really helped me narrow down exactly what I wanted to study and introduced possible future careers. By focusing on my personality and interests, I was able to discover a major that best fit.

At the end of semester, I declared as a Political Science major. I am now in my third year studying Political Science, and it has been, arguably, the best decision I have made in my academic career. I am much more engaged and interested in the material I am learning and ultimately, much happier!