How to become a leader on campus 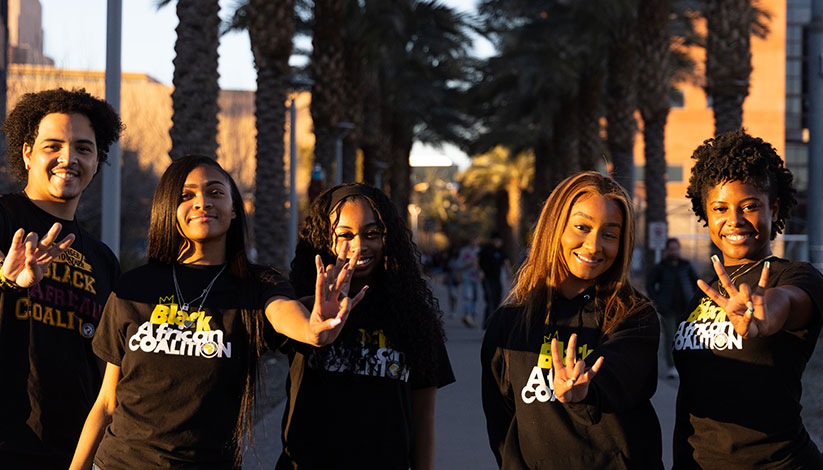 By: Tylie Dibene, a senior majoring in justice studies and a First-Year Success coach

If you asked me four years ago if I considered myself a leader, I would’ve checked behind me to see who the question was really for. I never would have thought that I’d become a chartering member and eventually president of my sorority, host a women's leadership conference, be a First-Year Success coach and an Adulting 101 ambassador. I didn’t think I had an ounce of leadership in me, nor did I expect to be talking about how to become a leader on and off campus.

But that’s the point I want to make. We are all leaders, regardless of how we show it. It’s all about finding opportunities that interest and excite you, and having the confidence to believe in yourself while powering through potential feelings of self doubt.

Where can you start your leadership journey?

I know what you might be thinking, “OK cool, I’ve heard this before and I know the steps and I know what I should be doing, but how do I actually do it?” Well, to give you a little bit of insight, I’m going to share my experience with you. 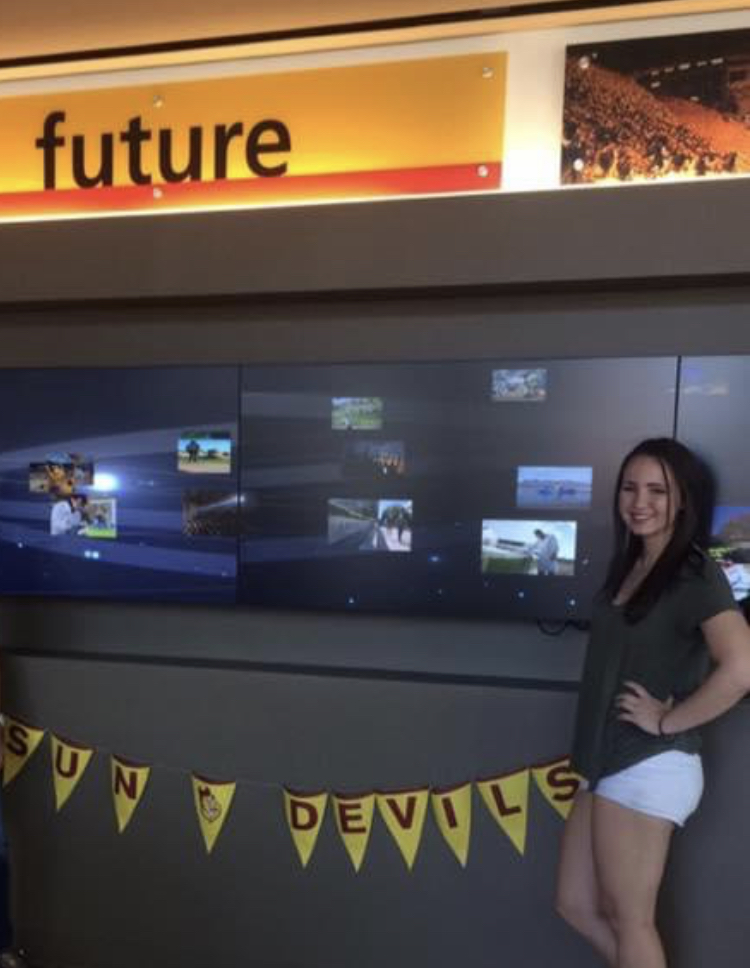 After graduating high school in 2017, I knew coming to ASU would mean big changes, and I knew that it was up to me to define what that change would look like. My journey started the summer before my first year when I decided to enroll in the Justice Studies Early Start program. Although I was nervous and afraid of the change, I knew that taking a chance on myself would be the best thing I could do for my future.

Fake it until you make it

Fast forward to October when I was walking through the Tempe campus and saw a sorority table set up near the Memorial Union. They said they were establishing a foundation within the community and were looking for female leaders who wanted to help build it.

The moment they said they were looking for female leaders I took a deep breath and tried to figure out if I met that criteria. I had never been in a leadership position or acted as a leader before, so who was I to think that I was capable of being the female leader they were looking for? Standing there, I remembered Wayne Gretzky’s quote, “you miss 100% of the shots you don’t take,” and I realized I could at the very least fake it until I made it.

I was terrified when I first decided to go through the recruitment process, questioning myself because I felt like an imposter who would soon be discovered. Little did I know, putting myself out there and doing the things that scared me is what was making me a leader. Little by little, I started finding my passion for leadership and the ways I was inspiring those around me to do the same. 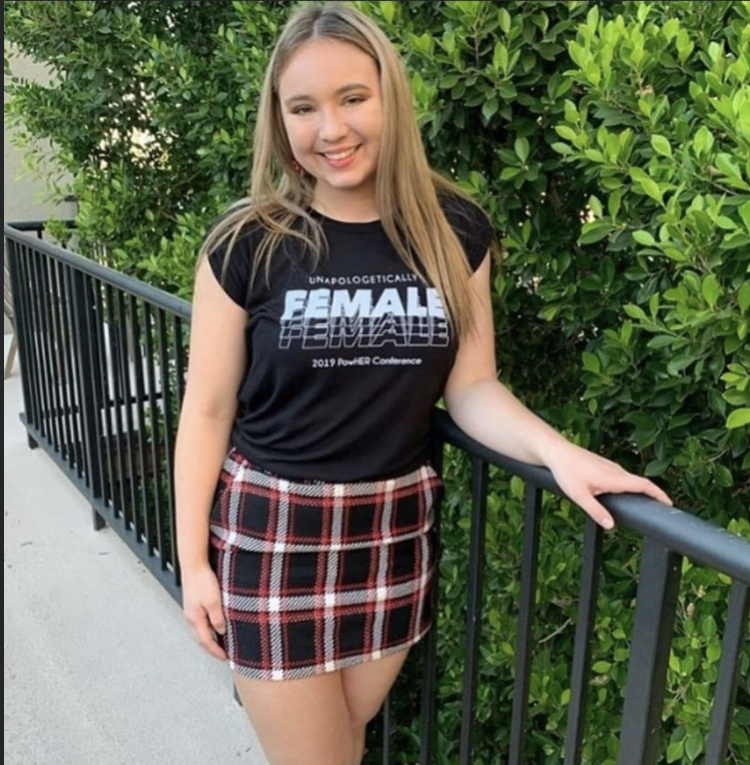 I applied for positions within the sorority and the Greek community, which led me to organize the fifth annual women’s leadership conference, PowHER. Through this conference, I was challenged with multiple tasks outside of my comfort zone such as networking with ASU faculty and staff, finding keynote speakers, organizing a large-scale event, and promoting an event to the ASU community.

After the event, and despite my success, I still questioned my role as a campus leader; I was just an underclassman in my second year of college. It was hard for me to find confidence in what I was doing, but as I considered my future at ASU I knew I wanted to continue to inspire others and give them the confidence that I lacked. That’s when I received an email from the First-Year Success Center asking for applicants to join their team and support students in areas such as leadership as a cheerleader, catalyst and connector. 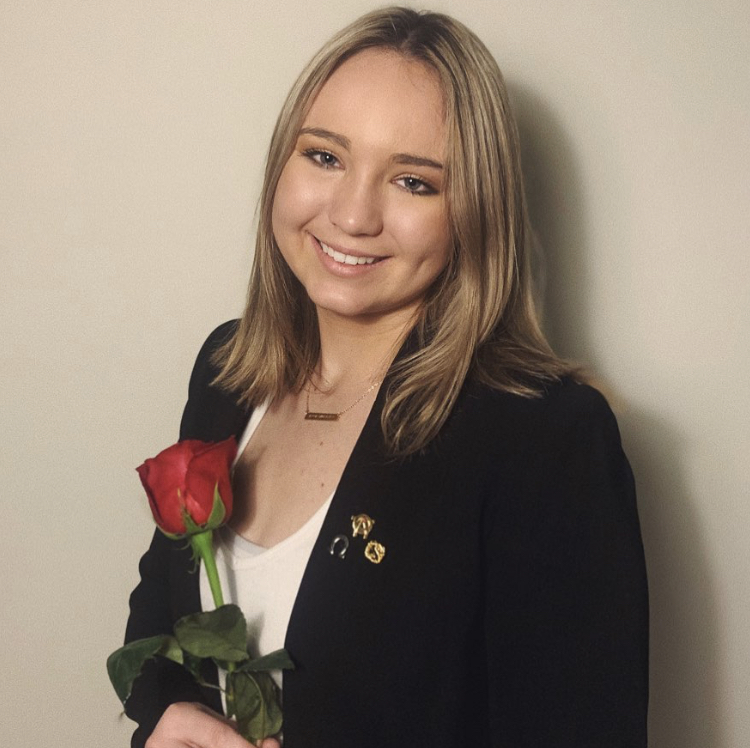 I applied to join the team, despite still struggling with imposter syndrome myself. Through coaching and helping other students tap into their leadership potential, I gained the confidence I needed to believe in myself as a leader, and I realized I had been making moves in the right direction the entire time. With my newfound confidence, I decided to run for the position of Chapter President in my sorority and was elected to serve as our organization’s leader.

Now, in my senior year, I take on every opportunity I can to be a student leader so I can help students like me build the confidence they need to find their spark of leadership.

Embrace your successes and failures

In order to be fully successful as a leader, you have to embrace the not-so-successful moments as well as your big wins. I didn’t get every job or leadership position I applied for. I would go as far to say I have only gotten 15 percent of the opportunities I’ve reached for. I still question my ability to do what I am doing on a daily basis, and I have my days where I still need to fake it until I make it, and I don’t always make it.

But when becoming a leader on or off campus, it’s important to do the things that scare you, and know that it's okay to feel like you’re an imposter or to not get every opportunity you try for, as long as you keep putting yourself out there and going for it. No one starts out knowing exactly what they’re doing, and honestly a lot of people (adults, too) are still figuring it out. What makes a leader is knowing this, embracing your vulnerability and going for it anyway.

My best advice for how to be a leader on campus is to live in the moments of doubt and uncomfortability, because being comfortable does not promote change or growth. Always try to be the best possible version of yourself, even if that looks different from time to time. Lastly, put yourself out there and apply for that job or leadership position you’ve been thinking about. It’s time and it’s always worth it to try!

How to embrace responsibility while still living an awesome life
Laundry 101: your guide to clean
What you need to know when moving into a college dorm